Best for the children

Yesterday evening after school, 18 boys from our school football squad took part in futsal competition at the Beacon of Light 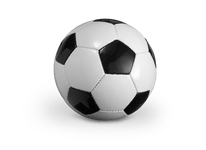 The boys, who were split into 3 separate teams, played some excellent football and showed great sportsmanship throughout the competition.

Hill View 1 - won all 5 games to win their group and progress to the semi final.

A very well taken penalty won the semi final 1-0 against Castletown, meaning Hill View 1 would progress to play Diamond Hall in the final. Despite dominating the final, 3 excellent opportunities to score were missed by the Hill View boys. This was to prove costly as 2 breakaway goals by Diamond Hall resulted in a 2-0 defeat for Hill View.

Well done to all the boys who played tonight and a special thank you to Mr Corner, Mr Gunn and Mr Moody for their support with the Hill View teams.

We use necessary cookies to make our site work. We'd also like to set optional analytics cookies to help us improve it. We won't set optional cookies unless you enable them. Using this tool will set a cookie on your device to remember your preferences.

Necessary cookies enable core functionality such as security, network management, and accessibility. You may disable these by changing your browser settings, but this may affect how the website functions.